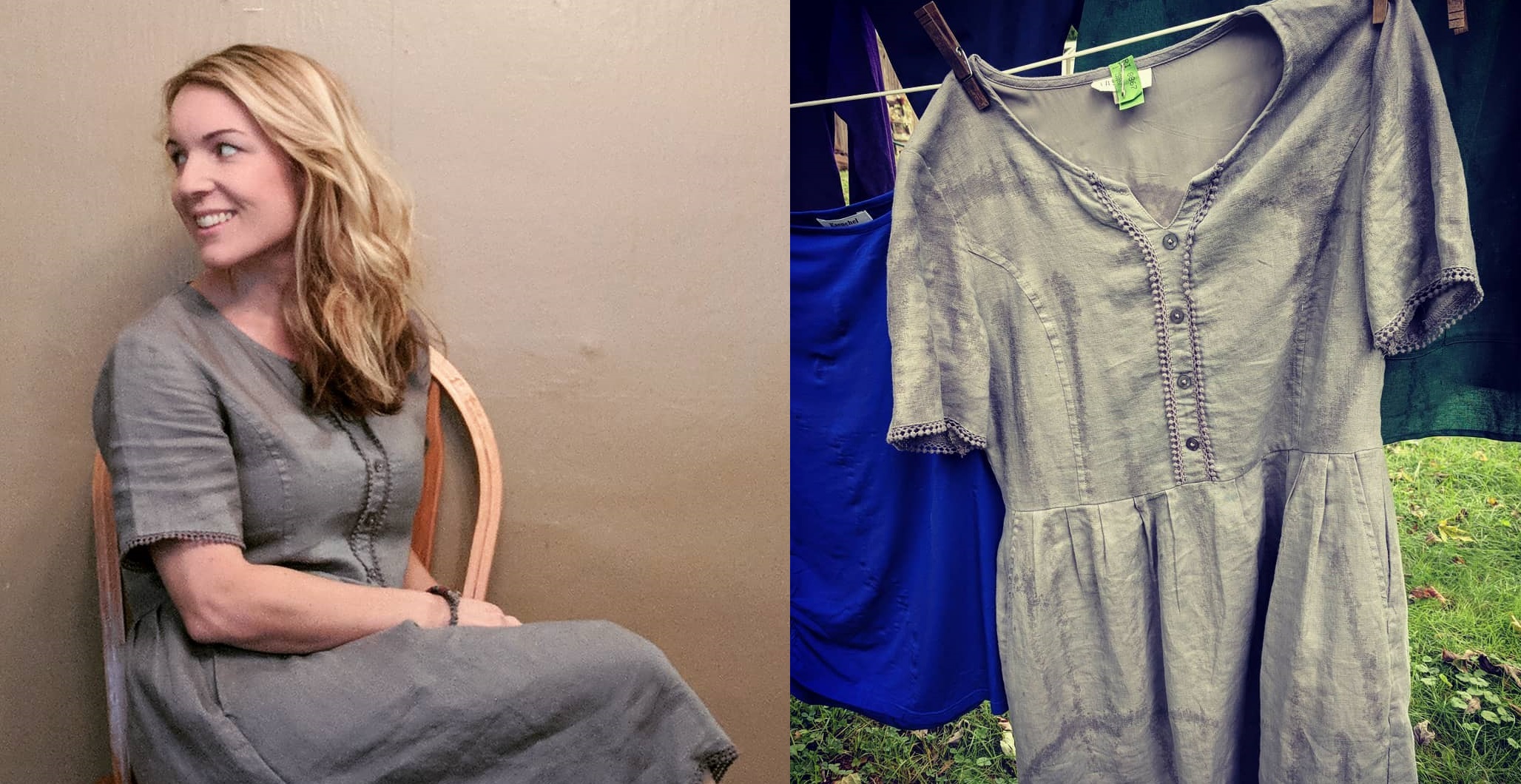 Have you ever opened your closet and said, “I have nothing to wear”? Well, sadly, you’re not alone! But here’s the biggest issue with that statement: you probably do have a ton of clothes you’ve only worn a few times. But why do we still feel like we never own enough clothes? Well, according to some reports, consumer purchases have increased by 60 percent in 2014 compared to 2000. But New Jersey art teacher, Julia Mooney, would gasp in horror at those numbers. She couldn’t believe how little sustainable consumption was being discussed, so she came up with a challenge that sends quite a clear message.

New Jersey art teacher Julia Mooney was starting to get frustrated by the culture surrounding “fast fashion behavior,” so she felt like she needed to something about it. But what is fast fashion behavior? It’s where consumers over-purchase clothes and demand cheaper and cheaper prices, only to keep them for a short amount of time. This forces companies to outsource production to foreign countries where the minimum wage is insanely low and workers aren’t protected. In the end, profits end up being more than people’s wellbeing.

The Fashion Industry is to Blame

This behavior is influenced by the fashion industry that claims certain pieces of clothing go out of style after only a few months. But other silly fashion rules can influence overconsumption, too. The mindless notion that you can’t be seen in the same outfit too many times or that your bridesmaids need to wear dresses in the same color palette causes us to overspend.

It Needs to Stop

So, Julia felt that she needed to challenge herself and find a way to send a clear message and hopefully raise awareness. So one day, she picked out an outfit and pledged to wear the same dress for 100 days. And that’s how the #oneoutfit100days challenge was born.

But Some People Were Concerned

When Julia posted this challenge on Instagram, people couldn’t help but ask a few questions. The first one was cleanliness. How was Julia planning on wearing the same dress without getting it dirty? But Julia assured that the dress she chose would get washed every other day and that this wasn’t really an issue for her.

She Had a Plan

She wrote, “Disgusting? Well, it gets washed! Boring? Sure”. Julia went above and beyond to take measures to protect her dress, too. She wore an apron and added patches in any tears or holes. But people also felt that wearing the same outfit every day would be kind of boring.

Why Did She Do It?

While wearing the same dress can be a bit boring, Julia felt that adding a few accessories and changing up her shoes would make it look like she was wearing something new and fun. But the most obvious question people have for Julia is, “why?” Simple living is one of the reasons why this art teacher decided to start this challenge. Not having to pick out and put together an outfit every morning saves time and energy. Secondly, re-wearing an outfit means you won’t ever find your closet spilling out with clothes. This is an opportunity to clean out your closet, gain extra storage space, and simplify life.

Another reason for this challenge was to draw attention to the social issues that are heavily linked to the fashion industry. In this fast fashion culture, companies have to manufacture mass amounts of cheap clothing. This leads to outsourcing labor to other countries where workers are not treated fairly. Issues like forced labor and child labor arise when the demand for mass amounts of cheap clothing is too high. Learning to re-wear clothes and cut down the number of clothes we have in our wardrobes could change this culture of demand.

It Also Affects The Environment

Irresponsible consumption of products in the fashion industry directly leads to environmental problems. The production of a single cotton t-shirt requires 2,700 liters of water, which is more a single person drinks throughout the course of 3 years. Manufacturing clothing emits more greenhouse gasses than the average person emits on a daily commute to school. The environmental toll that fashion manufacturing takes on the earth is largely overlooked.

Julia made it 100 days in the same outfit with no problem! Through this challenge, the environmentally-conscious teacher proved that we don’t really need more clothes. We just need to stay creative, recycle, upcycle, and re-wear the same outfits we already own. Julia’s message is pretty clear: our wasteful nature can have a horrible effect on the environment!

Is She Still Wearing The Same Dress?

Now that the challenge is over, Julia does not feel the need to wear the same outfit. However, she has significantly downsized her closet by getting rid of anything she felt wasn’t necessary. After this challenge, her approach is to stick with a few sustainable articles of clothing versus a closet full of clothes she would only wear a few times. Julia hopes her challenge will educate and encourage others to get rid of unnecessary clutter in their lives. She doesn’t want to force people to wear the same outfits over and over again, of course! She just wanted to prove that we definitely don’t need to own as many clothes as we do.