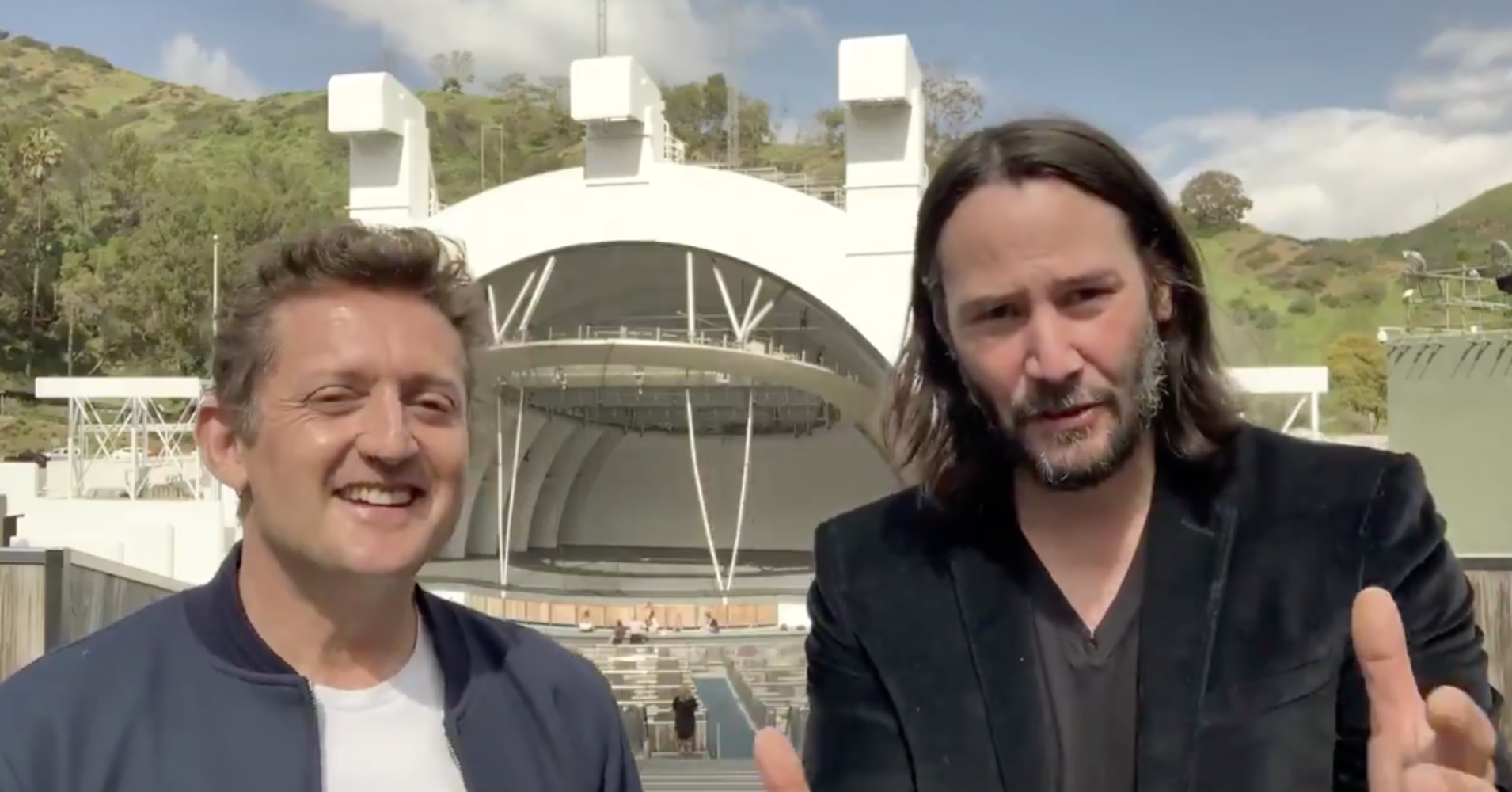 Keanu Reeves is best known for his role as Neo in the “Matrix” film franchise. But he’s also an all-around down-to-earth guy who is oh-so decent. But when his flight from San Francisco to Los Angeles made an emergency landing in Bakersfield, California, Keanu embraced his inner Jack from “Speed” and got everyone on a bus. If you don’t get that reference, then you’re probably under 30. So if you’ve never seen the movie, we suggest you find the time to binge-watch “Speed” and “Speed 2: Cruise Control”. Thankfully for Keanu, he didn’t have to keep the bus speeding above 50 mph to get to L.A. safe and sound.

It’s no secret that Keanu Reeves appreciates his success due to his adoring fans. He probably figured out early on in his career that being nice to people would help his popularity soar. But you can tell that this is no PR stunt. Keanu truly seems to be the nicest guy in Hollywood!

If Keanu would’ve wanted to avoid being surrounded by people and potential fans, he could have booked a private plane for an insane amount of money or opted for a private luxurious ride to get to his final destination in L.A. That’s certainly what we would expect a celebrity of his caliber to do when mechanical issues forced his plane to make an emergency landing in Bakersfield, California. But Keanu is unlike other Hollywood elites. Instead of thinking of himself, he thought of a way to help passengers on the plane, and it had Twitter roaring!

The passengers were informed that it would take almost two hours to get from Bakersfield to Los Angeles by car, and Keanu wasn’t the only passenger eager to get home. But another plane wasn’t really an option, so he decided to organize a group and lead them into a bus. We’re sure Keanu fans got a kick out of this because he had previously been in “Speed,” a film that required him to take control of a bus and keep it speeding above 50 m.p.h., so it wouldn’t go boom.

Fans captured and shared photos and videos of the actor speaking to an airline representative and then chatting with the passengers. He also took a couple of selfies with folks. But then Keanu got to work and told everyone that the people who unloaded the bags wouldn’t arrive for three hours, but the vans taking them to L.A. would arrive in an hour. That’s when they all opted for a bus ride instead, and it was an experience no one would ever forget.

He Was Oh-So Entertaining

Keanu kept everyone on the bus entertained by playing music native to the area and reading out facts about Bakersfield. People learned that it was the 9th most popular city in California and that the population was about 380,000. Obviously, he didn’t allow stardom to get to him. He treated people the way he would want to be treated and that’s very commendable for a Hollywood actor.

He’s The Chosen One

We don’t know why Keanu Reeves hasn’t won some sort of humanitarian award yet, cause in a world full of fakes, this guy definitely deserves some serious recognition. With his wealth, he could have rented a car and driven himself to L.A. or paid for a car service. Instead, he went on an adventure and took a bunch of strangers along for the ride. What a cool guy! Seriously, anyone would seriously vote Keanu for president in 2020.

Thanks For The Memories

We wouldn’t mind getting stranded somewhere with Keanu, but all good things must come to an end. The group finally made it to L.A. safe and sound. Keanu then headed to a Carl’s Jr before undoubtedly going home. But he left a lot of former passengers with their faith in humanity fully restored. Hopefully, everyone found a way to get their luggage afterward!