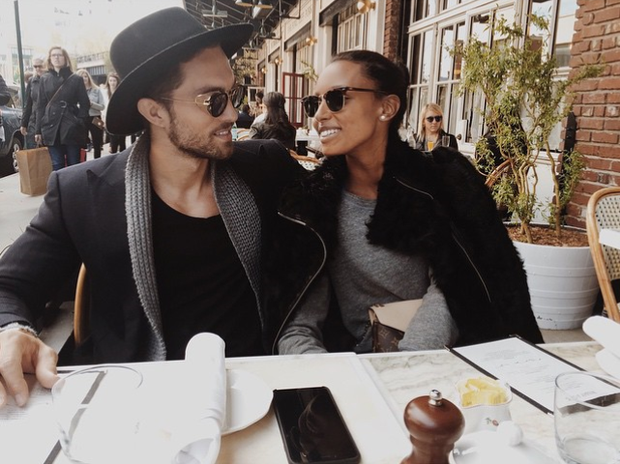 Experienced liars are really effective at crafting and selling a lie. For some folks, lying became second nature at some point in their life. As a matter of fact, they don’t even have to try hard to disguise their BS stories anymore. It’s as if they truly lived in the castles they’ve built in their heads! Other types of liars have become so good at it, that they don’t need to rely on gimmicks to convey this sense of truthfulness. If you’ve heard the old saying that liars avoid eye contact at all costs, then we’ve got news for you! Liars have probably heard about it too, so they’ve trained themselves to always keep eye contact as a way to throw you off. But there are many types of liars out there. Let’s be real, everybody lies! But sometimes, guys lie about the silliest of things as a way to stay on your good graces. Other times, they lie to avoid getting too sentimental.

He’s Attracted To A Coworker, And Has Gone For Coffee With Her

Men are pretty hard to decipher. They might get a few crushes here and there, but they’ll never fess up to any of them for fear of breaking your heart or making you feel like you’re not enough. They probably feel that finding a coworker attractive is not a big deal. After all, they’re not planning on doing anything about it. But if he’s spending time alone with his “work wife,” then that’s an entirely different thing!

He Would Love To Know How Many Guys You’ve Dated

Guys, (the ones that are worth it, at least!) don’t want to make their significant other feel uncomfortable by asking how many partners you’ve been with. And even though they avoid opening Pandora’s box at all costs, they’re secretly dying to know if you’ve only dated around or if you’ve been in a committed relationship in the past. It’s not that they’re looking for a reason to compare themselves to your exes or start a fight. They might simply be curious to see if there’s a future with you. If you’re the type that dates guys for a few months and bails, they might take it as a sign that you’re going to do the same with him.

He knows better than to ever tell you what to do, after all, he knows you’re the only one who can dictate what you do with your body and how you express yourself online. But all those risque snaps that leave very little to the imagination tend to get under his skin a lot. Seeing other guys drool all over your Instagram make his blood boil with jealousy. He might not even be following you on social media as a way to avoid feeling this way, (which is kind of nice!)

He Does Find Your BFF Totally Hot

Well, this one’s a tricky one. Unless you both have a pretty open relationship where you can discuss virtually anything, then he’ll never admit to liking your BFF. It’s just not going to happen. Most couples aren’t that comfortable telling their significant others about how they find their bestie totally hot. But if your best friend is a total knockout and he acts like he somehow is too blind to see it, chances are, he’s lying to spare your feelings.

He might act as if the last thing on his mind is being totally ripped, or having flat washboard abs. But in reality, everyone’s a little insecure about their bodies. He may have done an excellent job at not letting these things get to him, but if he were be honest, he’d probably love to lose a couple of inches around his stomach area and maybe bulk up a bit.

There’s no point in getting anxious about things that didn’t happen, right? As far as he knows, everything’s been going great in the relationship. But any time there’s an argument, he gets really scared. He knows something’s wrong and you’re not into him anymore, at least for a few hours. The second he feels like you’re pulling away, alarm bells go off and he starts panicking inside. He wonders how he’d deal with the breakup if you suddenly decided to walk away. And he can’t help but get totally bummed out at the idea of dating again and meeting new people. He might not push the subject that often, but deep inside, he’s truly afraid to lose you.

If you ask him about it, he’ll 100% deny it his life depended on it, and in a way, it does. Well, not literally! But the relationship might take a huge blow if he ever confessed to stalking his exes online. Maybe he only hooked up with one of these girls for a few weeks, but his curiosity gets the best of him when he’s on a break at work. Before you smash your phone against a wall, keep in mind that sometimes people reminisce about the past for no particular reason. Sometimes a cigar is just a cigar, right?